In order to finalize 3 years of microservices development and to switch from rolling release to more common release practice we introduce a new release policy.

Further NOC releases will be organized into Generations - milestones on NOC platform evolution. Generation is versioned by two or three numbers: X.Y[.Z], where X - is two last letters of year, Y - is sequental number of generation within year (starting from 1). Z - is an optional number of hotfix release (starting with 1) The distance between generations is about one month. Each generation holds first release, X.Y, followed by hotfix releases X.Y.Z. 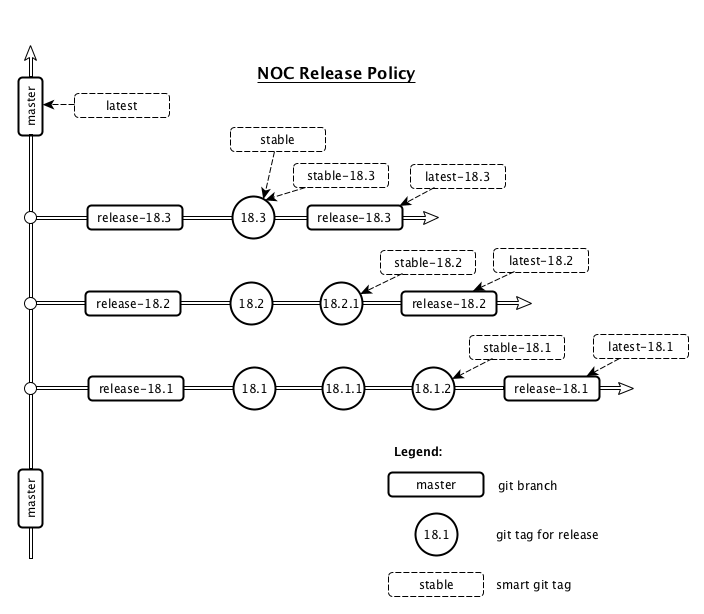 You can think of master branch as a tree’s trunk, while each generation is a separate tree’s branch (release-X.Y git branch). Particular releases are denoted by git tags.

Bugfixes are backported to last 3 generations. Hotfixes are released in case of serious problems discovered or as cumulative releases when next generation is started. So each generation will get around two hotfix releases until the end of support.

We strongly recommend to use git tags as deploy target. Several tags are available to cover common deploy scenarios: